With over 350 breeds in our genetic database, we cover the most common breeds in North America and the world. Get to know some of the breeds, and their traits, that you might find within your dog’s DNA. 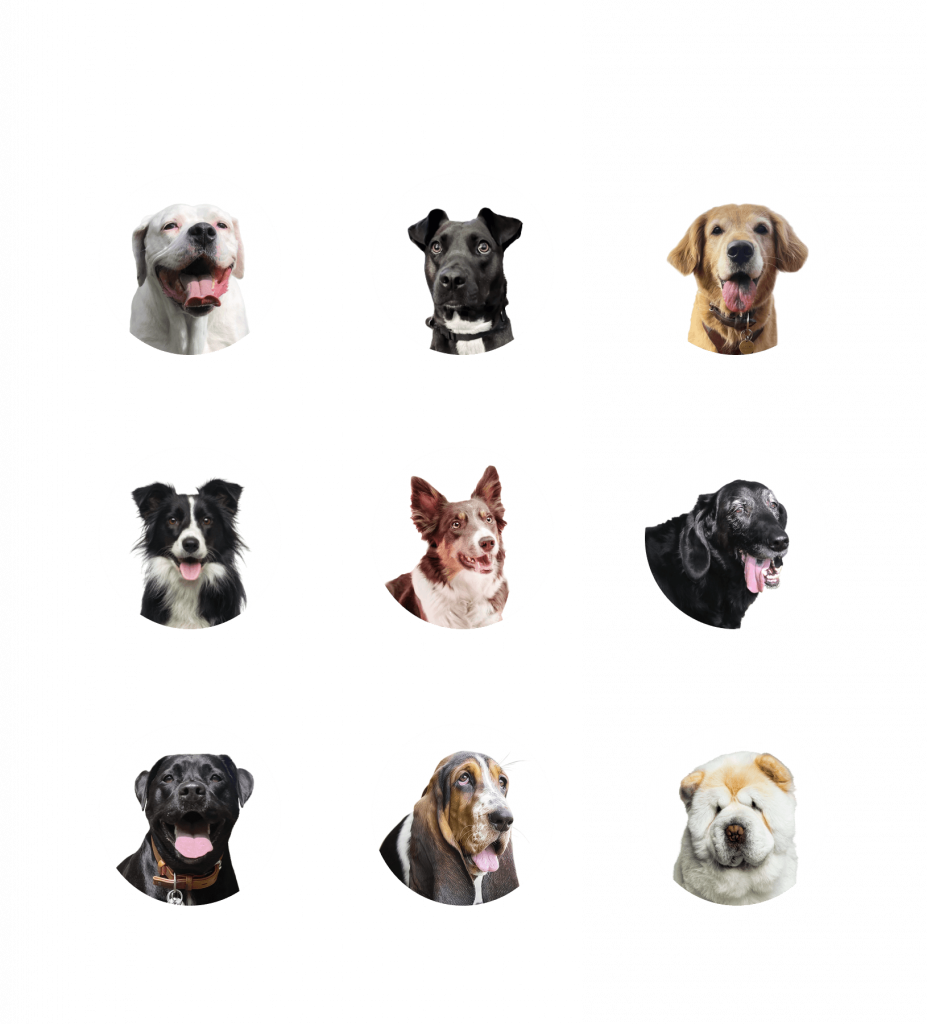 We have invested in the latest genetic science to offer you the highest possible accuracy in your DNA My Dog Breed ID Test. Our test compares the genetics of over 350 breeds, essentially every known breed, to make sure you are getting an accurate breed representation of your dog, right down to the smallest percentage.

We use a method called Copy Number Variation (CNVs) for our analysis. Differences in the content and organization of DNA, otherwise known as structural variation, have recently emerged as a major source of genetic and phenotypic diversity.

The correlating number of CNVs and their ability to measure genetic diversity, phenotype variation and even disease susceptibility are some of the most novel discoveries in the canine genome to date.

The characterizing patterns of canine structural variation offers us prime examples of the measurement of diversity between breeds. Traits such as the short legs of the Basset Hound and Corgi, the inability of the Basenji to bark, the 6+ variations of the Dachshund, to the leopard pattern of the Catahoula Leopard Dog are all prime of examples of the diversity among breeds.

Analysis of CNVs over the past few years has made great strides. We now know that the role of CNVs in evolutionary change is potentially greater than the role of single base-pair sequence variation, which was traditionally used in genetic science. Research has shown that CNVs encompass more nucleotide per genome than SNPs.

Our Essential and Premium Breed ID Tests use the latest technology to connect the dots for a deeper bond with your pup!